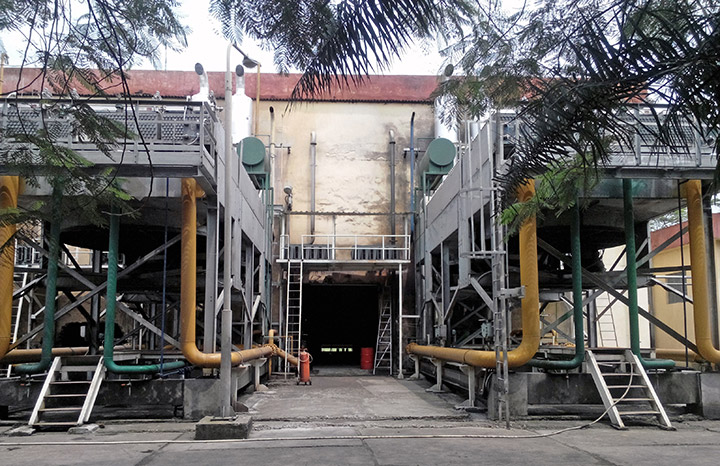 NEEPCO designs, builds and maintains power stations in the North Eastern Region of India. NEEPCO’s 291 MWe Kathalguri combined cycle gas turbine (CCGT) is installed in Dibrugarh, Assam. The plant was commissioned in 1995/96. The power generated is fed into the regional grid to supply power to the North Eastern States.

After approximately 20 years of successful operation, NEEPCO felt the need to modernize the plant with state of art technology equipment to improve the output, efficiency and reliability of the CCGT Power Plant. The gas booster station is the critical part of the plant. Any interruption in the gas boosting process would lead to power outages in the beneficiary states.

To augment the CCGT Power Plant capacity, it was necessary to upgrade the gas booster station which used GE Waukesha’s 4 x 12VATGL engines to drive the compressor. The gas engines driving the compressor had to reliably enable the fuel gas compressors to handle fluctuating gas pressures from the pipeline while meeting the gas turbine’s required gas flow rate.

In addition to the low fuel consumption, low oil consumption, enhanced control systems, and higher efficiency and power output advantages offered by the 12V 275 GL+ engines, the units offered a similar footprint to that of the previous model, eliminating the need for modifications to the foundation and steel base frame. These advantages coupled with Clarke Energy’s significant experience, expertise and project management skills, offered a winning combination for securing the project contract.

In 2015, Clarke Energy team executed NEEPCO’s gas engine replacement and renovation work in stages to eliminate the need for power plant stoppage, which was critical to ensure stable power supply to the regional grid. The installation of GE’s Waukesha 275GL + high efficiency gas engines has improved the conversion ratio and lowered oil consumption, allowing optimum utilization of the equipment that feed gas – at the required quantity and pressure to the gas turbines. The unit’s advanced technology control system manages, commands, directs and, regulates the behavior of the auxiliary equipment to support continued healthy functioning of the gas engines.

The completion of the NEEPCO’s booster station upgrade project has enhanced the Kathalguri plant’s performance and its overall electricity generation capability, helping to boost grid stability in the North East India region.

Clarke Energy (A Kohler Group Company) is the authorized distributor and service provider for GE’s gas engines in India, supplying both the Jenbacher and Waukesha product ranges for power generation and gas compression respectively. Clarke Energy is committed to delivering high quality installations and providing reliable, accountable, long term maintenance support for gas engine equipment. Clarke Energy’s facilities support the highest levels of environmental performance and include the deployment renewable energy systems, through high efficiency generation from natural gas and by avoiding emissions from coal mines. Clarke Energy’s Indian operations were established in 1997 and cover engine sales and maintenance from a number of offices across the country.

AGR has selected Clarke Energy to supply and install an innovative power generation project at a renewable heat glasshouse, one of the largest in the UK.