Gas engine based cogeneration, or combined heat and power (CHP), offers a range of potential benefits for industry and manufacturers. Gas engine industrial CHP or combined cooling heat and power (CCHP) plants can provide significant financial savings on fuel costs used to provide electricity, heat and in some instances cooling. In some countries the government provides tax benefits to the owner of CHP plants.

Benefits of CHP for manufacturers and industrial companies

Utilising the local pipeline gas supply network gas engine-based CHP plants provide a stable supply of electrical power that, if needed, can be isolated from the local electricity grid. The heat produced by the engine can be recovered either as hot water or as steam for use in the industrial facility. In addition, if there is a local need for cooling power, the heat can be fed into an absorption chiller providing a source of cold water. This cold water can in turn be used to support a refrigeration or air conditioning system. Systems providing electricity, heat and cooling are called trigeneration plants. This can be taken one step further for industrial users that require carbon dioxide. In quadgeneration systems carbon dioxide can be recovered and scrubbed from the engine exhaust to the highest standards. There are various applications for this carbon dioxide including ones in the food and drinks industry or in greenhouses for the promotion of growth in plants.

Natural gas has the lowest levels of carbon dioxide production and is the cleanest of all the fossil fuels. Jenbacher gas engines generate electricity at high efficiency making the greatest use of the fuel source. The utilisation of cogeneration for embedded generation helps minimise losses of electricity associated with its transmission from centralised power plants. With the addition of carbon dioxide recovery systems carbon dioxide can be sequestered in plants or utilised in manufacturing processes helping provide the highest levels of environmental performance. 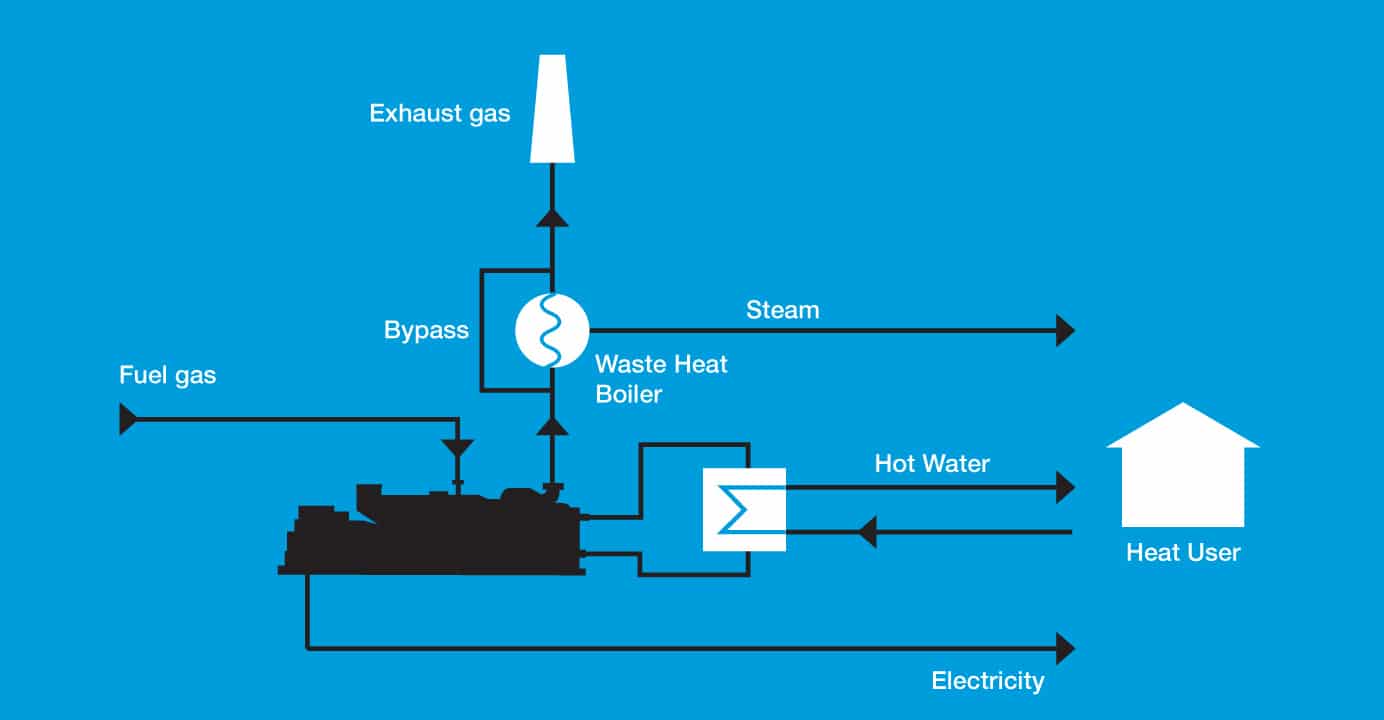 Cogeneration system systems can be successfully applied to a range of industrial applications including:

Gas engines can also be deployed as standby power units able to act as backup power as an alternative to diesel engines. Learn more here.

To find out more about how gas engine based combined heat and power can help your organisation, please contact your local Clarke Energy office.