The Société Béarnaise de Gestion Industrielle (SOBEGI) – Pyrenées Atlantique (64), France, part of the TOTAL Group, is currently building 2 combined heat and power (CHP) plants to provide their operations with electricity, steam and hot water. Clarke Energy are partnered in the €13.7 million project at Gaz de Lacq which is the largest natural gas field in France. 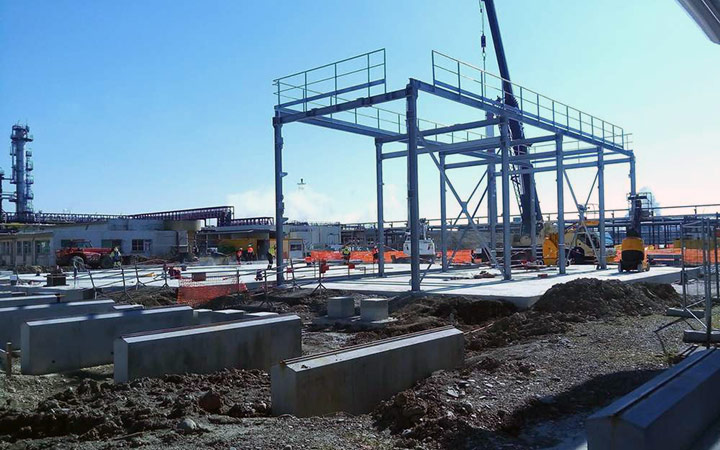 The installations named Pégaze 1 and Pégaze 2 will be operational firstly during next autumn, and the second one to follow in early 2019. Clarke Energy will supply, deliver and install five of GE’s  Jenbacher gas engines which will produce a total output capacity of 20 MW via four J624 and one J616 engines.

Both future plants will use the surplus gas processed by the SOBEGI processing facility to produce electricity, hot water and steam. Some of the electricity will be used for the SOBEGIsite and the surplus may be injected into the national grid and sold to EDF. Clarke Energy were commissioned to build the two turnkey installations with Raphaël Sotta, Denis Petit Clair and their technical projects team will support the flagship project.