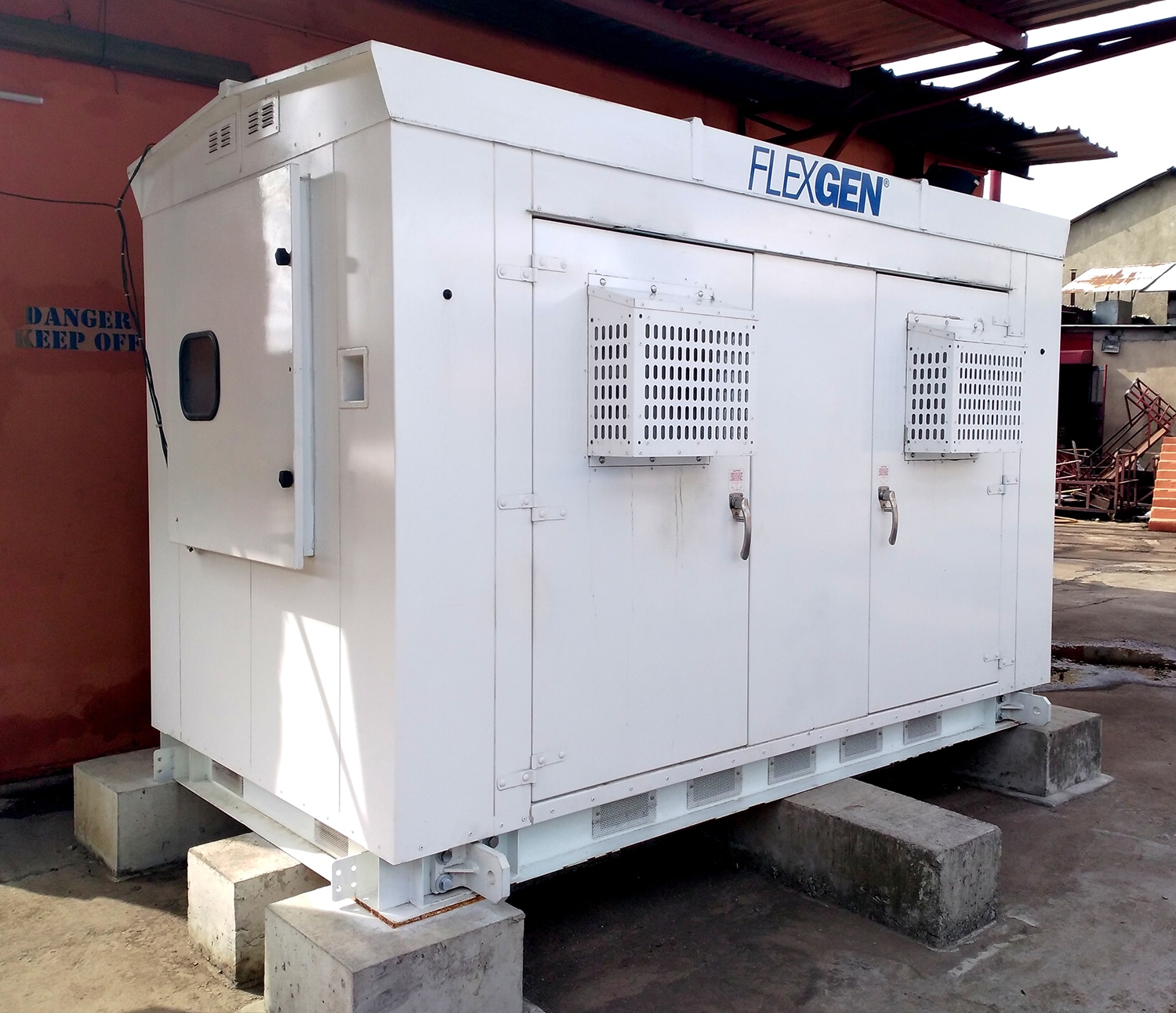 The OK Plast site operates on either on island mode or grid connected power with 3 x 1.5MW J420 gas engines sold by Clarke Energy in 2013, plus non-synchronised back-up diesel gensets supplied by third party. The plant was experiencing major frequency swings due to very rapid and continuous load changes of 30kW to 200kW resulting in significant efficiency losses. Due to the unstable engine operation, all 3 sets were running to support 1.4MW of site demand which meant low efficiency, high fuel and maintenance cost and poor reliability. 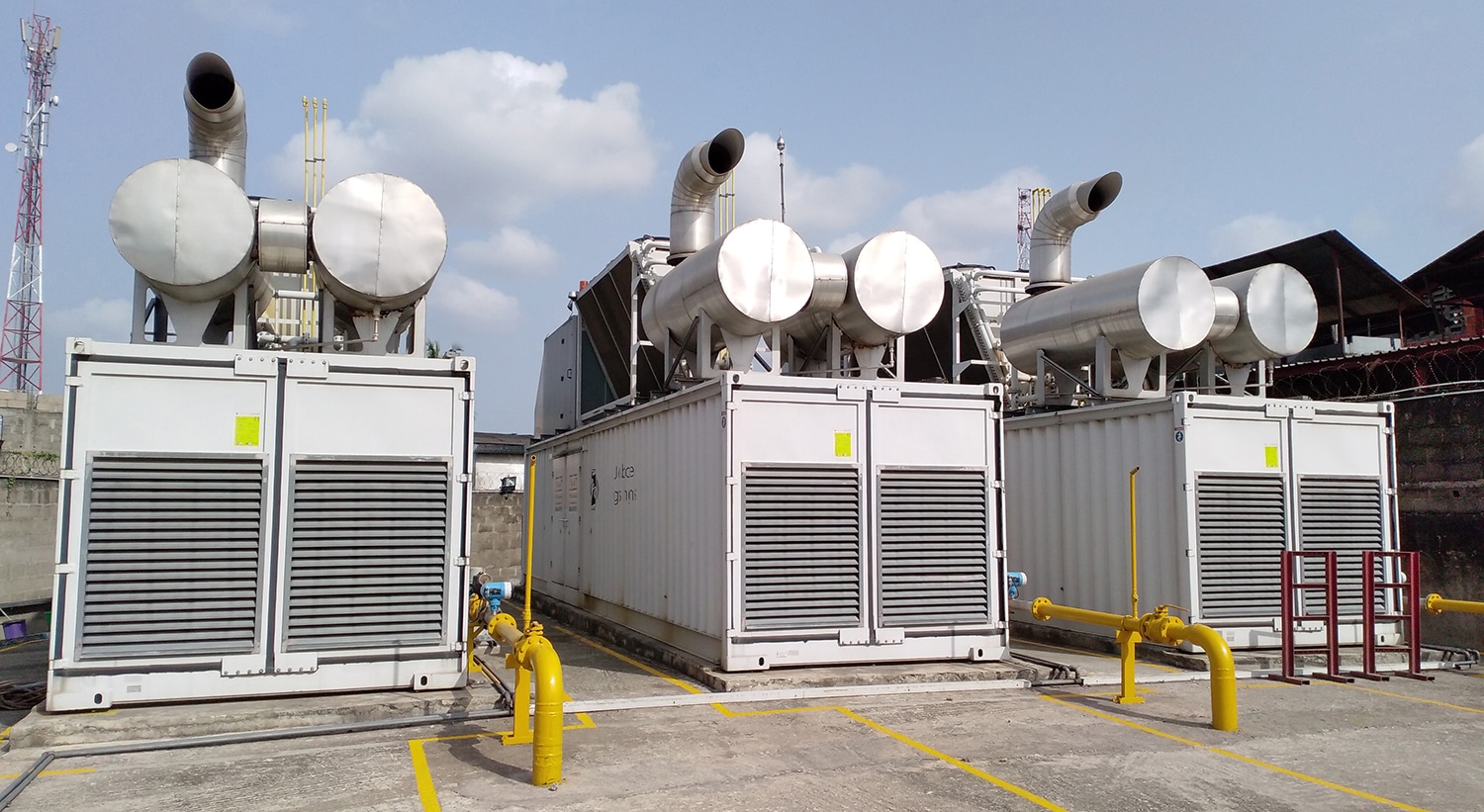 In order to rectify these losses OK Plast chose to install a 250kVA Flexgen Solid State Generator (SSG) unit with ultra-capacitors at the 4.2MW natural gas generator plant, which was commissioned in June 2017. The FlexGen platform dramatically improves the power quality at the site caused by grid disturbances, meaning only one engine is required to run the factory with second on assist and 3rd as standby. It also enables the facility to seamlessly switch from grid-connected power to island mode.

The Clarke Energy project included engineering, GE controls and generator set integration and commissioning. The facility is commercial industrial, and the energy storage is a behind-the-meter ultra-capacitor system. The ultra-capacitors provide voltage and frequency support to provide mission critical grid support for the facility during power fluctuations. 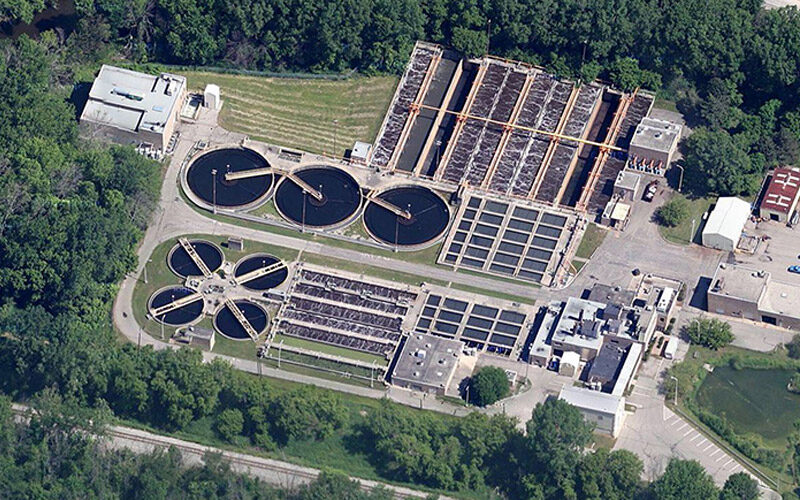 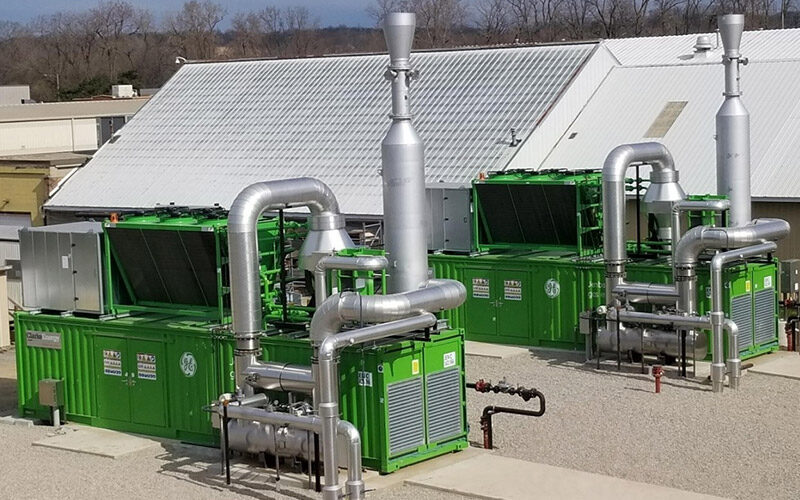 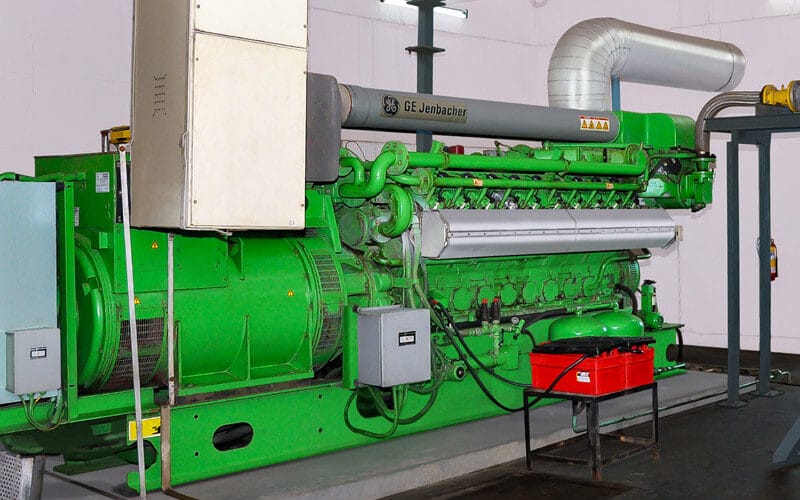