Our current Field Service Apprentices recently all spent a week at the Clarke Energy head office during June for the annual Apprentice Week. The week is ran by the Technical Training Department in order to ensure that all our apprentices are not only learning the engineering basics but are also understanding our product. They sit practical assessments as well as delivering a presentation on a specific engineering process which is presented to their fellow apprentices as well as management.

Apprentice Week is a great opportunity to get all the apprentices together and see their progression from year to year. Everyone who is involved has a sense of pride of not only how successful the apprenticeship scheme is but how committed and enthusiastic they are.

This year we introduced three Apprentice Awards, this is a new initiative as a way of rewarding the hard work our apprentices put in up and down the country and as a means of giving them some recognition in the wider business.

The Survival Award was voted for by the apprentices after their residential week at Outward Bound earlier in the year, they were asked to vote for someone who they could survive with if they were to be stuck on a desert island. This was given to Conor McAllister for constantly giving 110% in all the challenges throughout the week whilst working in a team to keep them going during difficult moments!

The Photography Awards were split into two categories, firstly the best Engineering Photograph Award, which was a second prize won by Conor McAllister. Secondly, the Kohler Competition Award was won by Jamie Irwin whose photograph will be submitted in January to Kohler’s annual photography contest.

Finally, the Clarke Energy Apprentice of the Year was awarded to Oliver Emanus for his all-round performance throughout the year. Oliver is just finishing his 2nd year of his apprenticeship and has already made himself a valuable asset of his team as well as showing real commitment to progressing through the apprenticeship scheme. 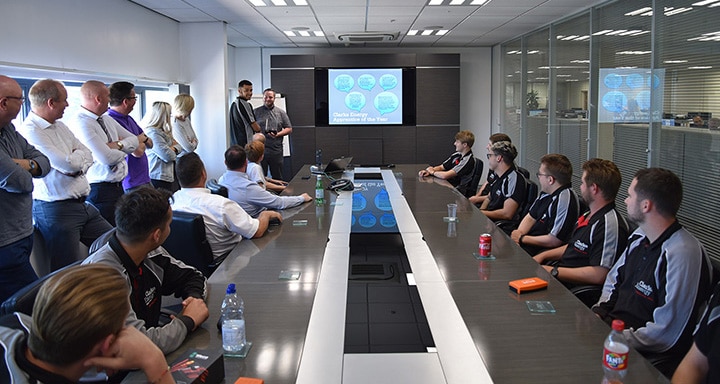 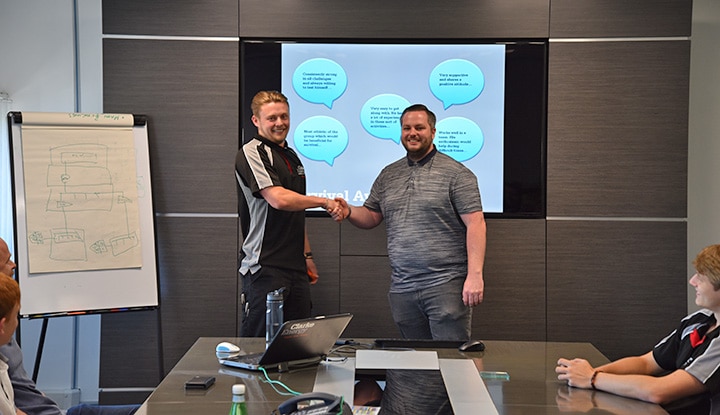