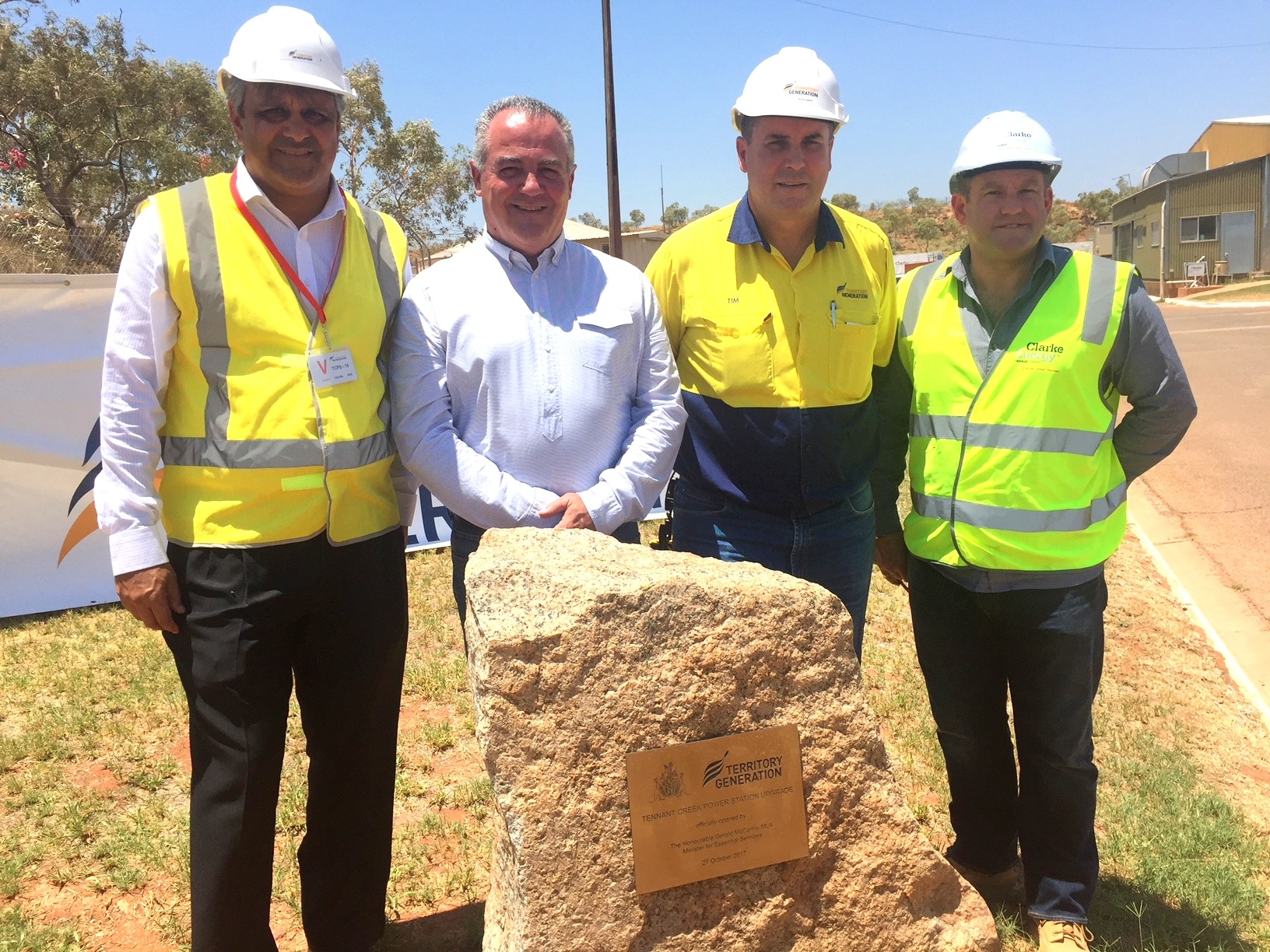 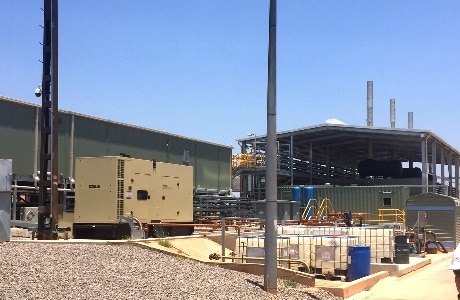 Testing has been underway over the past few weeks and the upgraded station will officially commence operation over the next week. Territory Generation is replacing a number of aged electricity generators at Tennant Creek with the latest equipment in order to provide efficient and reliable power supply, and drive down the cost of producing electricity.

The project involved installing three high-efficiency low-emissions 2MW gas-fired engines and one 1.5MW diesel engine next to the existing plant and is expected to reduce emissions by an estimated 20 per cent. Territory Generation Board Chairman David de Silva and CEO Tim Duignan joined with the Minister and representatives from the project team, Aurecon and Clarke Energy at a formal ceremony marking the occasion in Tennant Creek today.

“The existing engines at Tennant Creek are 20 to 40 years old and didn’t meet the town’s load and reliability requirements. The capital investment will increase operational efficiency, and reduce fuel and maintenance costs,” Mr Duignan said.

“Some major benefits of the new gas engines to the environment are that they run more efficiently, reducing carbon emissions and fuel consumption, as well as operating with less noise and odour.
“This is good news for families and businesses in Tennant Creek that will not only benefit from more reliable power, but with a system that also supports emerging and renewable technologies.”
A total of 27 direct equivalent jobs were created during the construction phase, with local supply of Accommodation, equipment hire, office supplies, electrical services, sewerage disposal, site office rental, fencing, construction & materials, waste disposal and crane hire.

“Clarke Energy is proud to be associated with the upgrade and augmentation of the Tennant Creek Power Station project with Territory Generation,” Clarke Energy Main Board Director Greg Columbus said.

“Millions of dollars have been invested via this project in the local community in delivering this world class asset.

“I am proud of the achievement and contribution by the Clarke Energy team in the delivery of this reliable and sustainable Power Station for the community and environment.”
Territory Generation continues to explore viable technological options for renewable energy generation and energy storage, and is committed to a renewable future.