DHAKA, Bangladesh. In order to achieve stable supplies of power in Bangladesh, it is important that the equipment that is installed is maintained to the highest standards. Following Clarke Energy’s acquisition of Orient Power Systems’ Bangladesh business in 2013, the company has been investing heavily in service and aftersales product support. 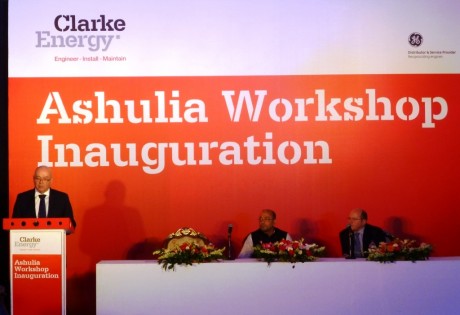 The large installed base of GE’s Jenbacher gas engines in Bangladesh is approaching 1,000MW and includes captive power plants for industry along with independent power producer companies. The large number of generators in Bangladesh and the requirement for major overhauls at 60,000 hours of operation, means the need for high quality service support is high. Clarke Energy is delivering this by increasing its workforce in Bangladesh to 140 people and the investment in a new gas engine overhaul and parts facility in Ashulia. The development of this infrastructure in the country means the overhaul work can be conducted in country, rather than engines being sent to Europe for refurbishment. The significant investment in parts storage in Bangladesh means improved access to components for scheduled and unscheduled maintenance for GE engine operators, and hence maximum equipment availability. 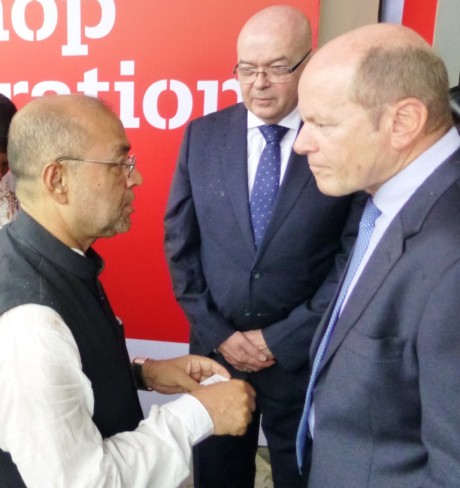 The event in Ashulia was attended by a number of high profile visitors including the British High Commissioner to Bangladesh, Robert Gibson CMG, Mr Nasrul Hamid MP and Dr. Md. Enamur Rahaman MP for Savar constituency.

‘Clarke Energy’s investment in the service support of power generation equipment in Bangladesh will help to support the performance of gas-fuelled power generation and in turn deliver stable supplies of power in the country.  This is an excellent example of the UK and Bangladesh working together to meet energy demands, and to foster growth and development in the country.’