Waste Used to Energise the Irish Economy with Renewable Power, Jobs and Growth

Clarke Energy has signed a contract with Bord na Móna to deliver a landfill gas power plant at the Drehid Landfill site in the Republic of Ireland. This power plant will help to stimulate the economy utilising landfill gas that originates from household waste to produce renewable power and create jobs. 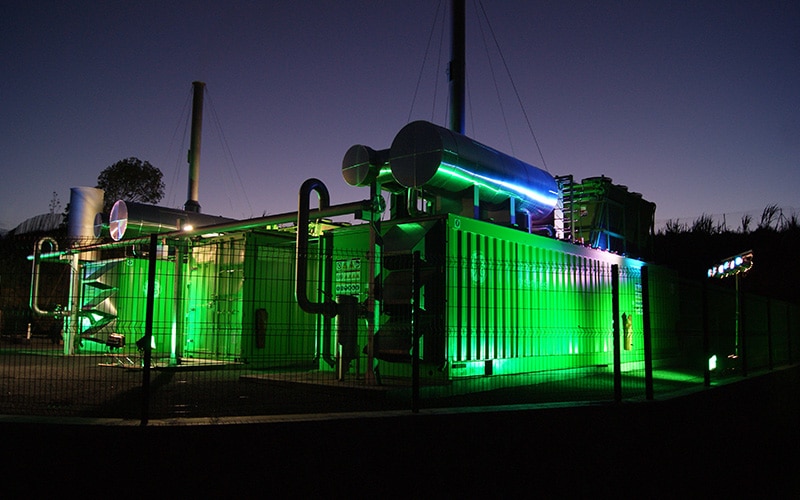 The project will utilise four of GE Power & Water’s containerised Jenbacher 420 gas engines each rated at 1.4MW electrical output to deliver 5.6 megawatts of renewable power. Jenbacher gas engines are renowned for their high efficiency and robust performance on difficult gases such as landfill gas.

Landfill gas is a by-product of microbial activity and is formed from the anaerobic decomposition of organic waste materials. It is comprised primarily of methane and carbon dioxide. The methane which contains the chemical energy for power is typically at 40-60% concentration. This biogas, if released to atmosphere, is a potent greenhouse gas. However if it is utilised in a gas engine, emissions are reduced and renewable electricity is produced, with the added benefit of converting a waste material into a useful fuel.

Using landfill gas for power provides base-load electricity; unlike wind power and solar, landfill gas can be used to deliver continuous, stable supplies of electricity to the power grid.

Bord na Móna is an Irish company that has a track record of delivering sustainability and innovation in Ireland. The Drehid Landfill site is located near Allenwood, County Kildare.

John Daly from Bord na Móna expressed his intentions for the project:

‘We are delighted to enter into this project with Clarke Energy for the building of a landfill gas utilisation project at the Drehid landfill site. This project expands Bord na Mona’s portfolio of power generation assets as well as demonstrating resource recovery through waste to energy

‘This significant contract is evidence of Clarke Energy’s ongoing commitment to and growth in the Island of Ireland. This significant project will create up to 25 jobs during construction, in addition to sustained employment for operations’

The engines are scheduled to be delivered to site in the third quarter of 2013.

Clarke Energy is a multinational company that has been operating in Ireland since 2005. During this time the company has delivered a number of highly innovative projects on the Island of Ireland including a quadgeneration plant for ContourGlobal at Knockmore, and combined heat and power plants at AIB in Ballsbridge, Dublin and for Baxter Healthcare.

Clarke Energy has experienced a number of year’s robust growth, exceeding €240million turnover in 2012 and has operations in 10 countries across the globe.