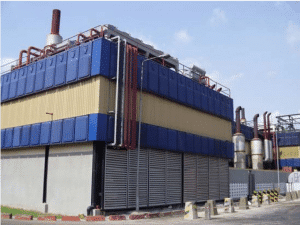 Clarke Energy is delighted to announce another two orders from Guinness Nigeria for their Ogba and Benin City breweries.

The Guinness Ogba brewery has been successfully operating GE’s Jenbacher gas engines since 2008. The first GE Jenbacher engine to be installed on site was a 3MWe J620 linked to a steam generator to provide heat for the brewing process. The site expanded in 2010 to incorporating a further 3MWe J620 with exhaust linked to an absorption chiller to provide chilling. Most recently the company has ordered an third J620 to expand the site’s total capacity to 9.3MWe.

There are three key benefits to the site for the utilisation of gas engines for power:

Guinness Ogba is also a market leader in Nigeria for fuel efficiency. Guinness operates the engines in a cogeneration (combined heat and power) configuration using exhaust heat to raise steam for the sites processes. This facilitates the maximum levels of fuel efficiency making the most of the energy within the fuel.