About the Capacity Market 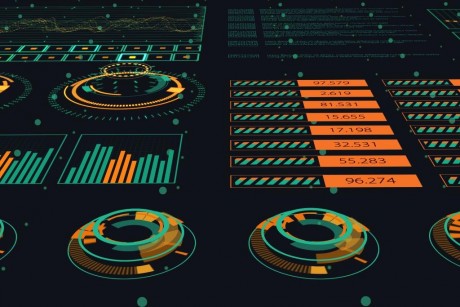 The Capacity Market is a key component of the reform of the UK electricity market. The UK’s electricity grid has historically relied on large centralised power plants supplying domestic and business consumers alike. The old coal power plants are in the process of ramping down capacity and closing as they no longer meet the required environmental and performance standards. Nuclear power plants are reaching the end of their design lives and new nuclear plants are slow to be realised. In parallel there is the requirement to deliver a greater amount of renewable energy. Technologies such as wind power generation and solar power generation are notoriously intermittent, only generating when the wind blows or sun shines. These different factors mean that demand and supply are more challenging to match.

The Capacity Market aims to balance the mismatch between demand and supply and to bring forwards investment in new generation projects and innovative technologies, in parallel to maximising the utilisation of the existing generation capacity. Generators that opt to work in the Capacity Market receive a steady revenue stream in the form of capacity payments that enables them to invest in new power generation assets. There is also a capacity obligation that requires generators to be able to deliver electricity when needed or face a penalty charge.

Historically there have been a range of technologies deployed for peaking plant operation. A peaking plant is a power station that is turned on for typically a short number of hours per day, depending upon when there is a mismatch between existing supply of power and demand. There are a number of different technologies that are installed as peaking stations. Normally these are low cost diesel-fuelled generators, however in recent years the cost of diesel fuel has increased, and there is recognition of the role these engines have in contributing to nitrous oxide and carbon dioxide emissions. The most advanced gas engine-based power peaking stations that were developed in 2001 and 2002 are still operating and providing power at times of uncertainty, such as that of the recent solar eclipse. Gas engines are characterised as having lower emissions than diesel engine technology, with more attractive fuel prices.

Due to the higher electrical efficiency of GE Jenbacher’s J420 gas engine, the plant can run for up to 30% more hours than the other comparable plants. This gives the developers additional power generation revenues thereby significantly reducing the payback period of the investment

The suitability of gas engine technology for the Capacity Market is also now being recognised in the industry with a number of projects in development across the UK. There is also significant benefit to deploying high efficiency gas engines such as GE’s Jenbacher product range. In the UK natural gas as a source of fuel for the peaking stations is significantly cheaper than diesel. The greater numbers of hours these facilities are operational for, the higher the long term cost to the Capacity Market operator. Higher electrical efficiency translates to a lower switch-on electricity price. I.e. the extra points of electrical efficiency means increased generation revenue and operating profit. The generators can operate at a lower grid electricity price, meaning greater revenue for the operator of the plant. The robustness of performance of the generators is another important factor. In a parallel segment, the greenhouse growers of tomatoes have known for a long time that gas engines can be deployed for temporary operation in order to match grid demand, in order to increase power generation revenues. Commercial greenhouses often deploy GE’S Jenbacher gas engines in order to generate heat and electricity for their greenhouses, recovering carbon dioxide as a stimulant for plant growth. 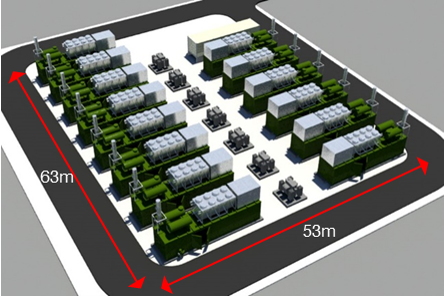 The modularity of containerised gas engine technology is also beneficial. A 20MW containerised peaking plant can be deployed on a plot of land 53m x 63m meaning a modest footprint that can be deployed in a range of different settings, ideally closest to the point of electricity consumption. The facility can also be supplied, installed and commissioned in under 10 months.

In summary gas engine technology represents an appropriate, proven, high efficiency solution for project developers and operators for the UK’s Capacity Market auctions. Higher efficiency translates to a lower switch on price, and hence higher operational hours and greater revenue for the operator. The plants can be deployed readily across the UK in a range of different settings, close to the site of use and maximising the fuel efficiency of the project. Thanks to the higher electrical efficiency of GE Jenbacher’s J420 gas engine, the plant can run for up to 30% more hours than the other comparable plants. This gives the developers additional power generation revenues thereby significantly reducing the payback period of the investment.