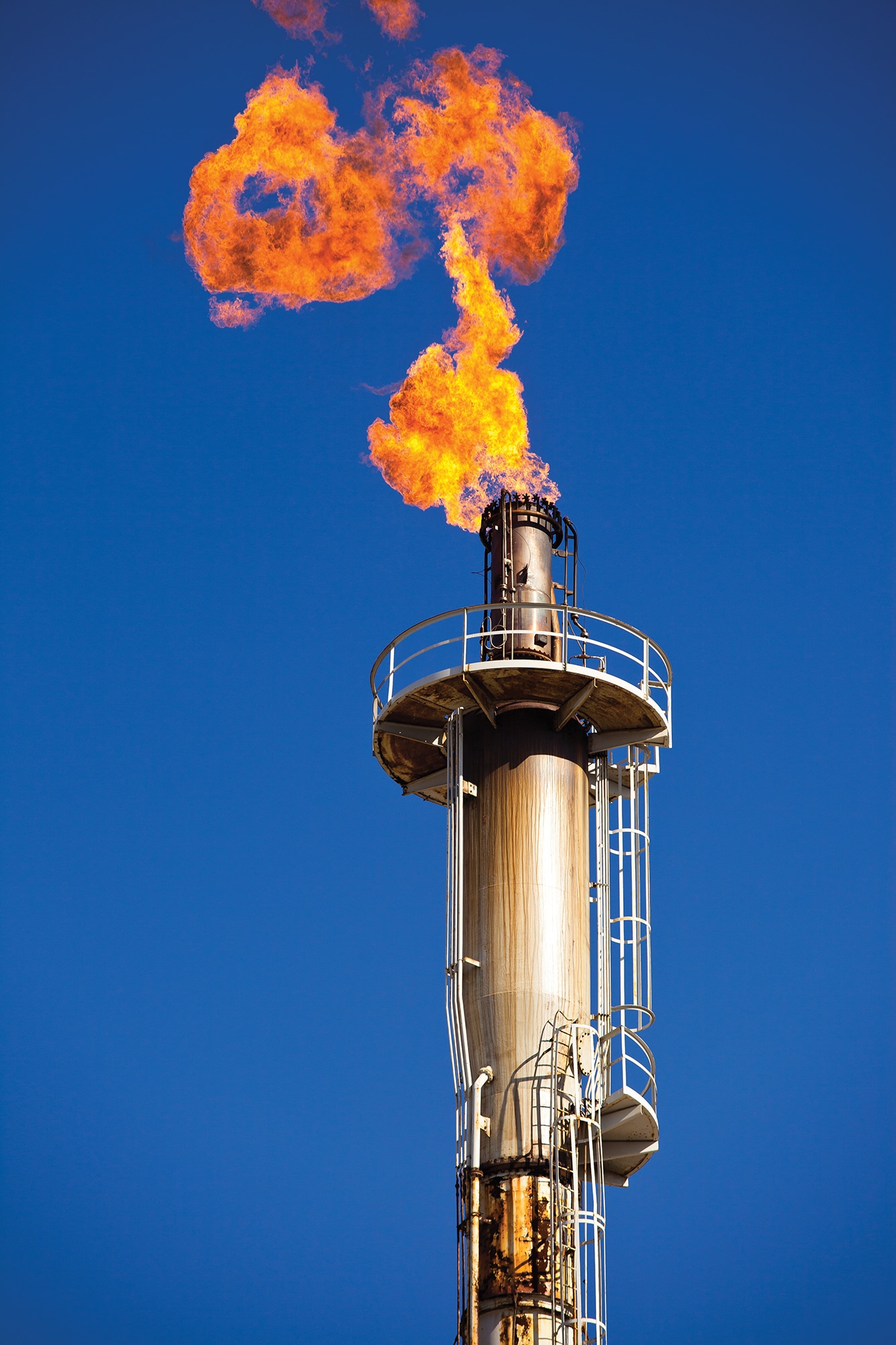 Associated petroleum gas (APG) is also known as flare gas or field gas. APG can be converted to power at high efficiency utilizing Jenbacher gas engine. This power can be used for the provision of electricity and heating on-site whilst eliminating the cost of diesel deliveries to remote areas. The utilization of APG as a fuel for a generator is an excellent way of reducing carbon dioxide emissions that might otherwise result from diesel fuel consumption.

Natural gas that comes from oil wells is typically termed ‘associated gas’. This gas can exist separate from oil in the formation (free gas) or it can be dissolved in the crude oil. Independent from the source of the natural gas, once separated from crude oil it commonly exists in mixtures with other hydrocarbons such as ethane, propane, butane and pentanes In addition, raw natural gas contains water vapor, hydrogen sulphide (H2S) and carbon dioxide (CO2), nitrogen (N2) and other compounds. Associated gas that contains such impurities cannot be transported easily and also cannot be used without treatment since it is recovered during the oil production process.

For a long time, oil producers have simply flared this unwanted oil by-product. But because of the increase in both environmental consciousness and energy demand, flaring is often avoided and is sometimes prohibited. Technically, several options exist for handling associated gas.

Associated petroleum gas respectively field gas is typically a byproduct from the oil and gas exploration and is not conditioned regarding lower heating value (LHV), Wobbe-index or content of higher hydro-carbons in a gas conditioning plant (GCP). APG can show similar compositions to natural gas in general, but has significantly higher fluctuations regarding the specific composition which may have a direct impact on the knock resistance (see methane number).

In most cases, installations of power generation with associated gas are in remote areas. Power supply in such areas – if it exists at all is often poor. Therefore, the common solution in the past was to use diesel gensets. Due to rapidly rising oil and consequently diesel fuel prices, this solution has become increasingly uneconomical. Furthermore, the supply of diesel fuel and the necessary storage also are becoming more expensive. The composition of associated petroleum gas is often well suited for the combustion in gas engines. However treatment in the form of dehumidification and removal of condensable hydrocarbons from the gas is generally required. Due to the often relatively high content of higher hydrocarbons, a derating of the nominal natural gas output may be required. In the case of a high concentration of H2S, depressurization of the gas may also be needed. The gas that is treated in the above-mentioned way is a valuable fuel for the independent power supply with gas engines. The engines are normally installed in containerized units with all peripheral systems (ventilation, silencers, cooling, control room) installed inside or on the roof. Depending on local demands, the waste heat from the engines can also be used for heating or cooling purposes on site.

The first Jenbacher systems using flare gas were installed in Italy in 1998. Today more than 330 units, with a total electrical output of more than 450MW run on associated petroleum gas worldwide. These plants generate about 3.6 million MWh of electricity a year – enough to supply about 1.2mlilion European homes. Generating this amount of electrical power with flare gas allows for savings of approximately 900 million litres of diesel fuel per year.