Electricity from Sewage in India: Waste-to-Wire

Home → Uncategorized @us → Electricity from Sewage in India: Waste-to-Wire 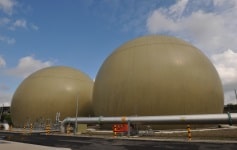 India’s newly elected government’s agenda on sanitation and sewage treatment is intent towards improving the socio-economic spheres of our times.  Financial schemes from the central government to build sewage treatment plants, river cleaning programmes and providing clean sanitation facility for all are indicators of enterprising solutions which have been embarked by the Narendra Modi led government.

A holistic approach at the micro level – sanitation & sewer – can contribute towards a healthy and hygienic society along with minimising our electricity woes.

At community levels, a centralised collection and waste treatment from toilets answers not only proper sanitation but if treated scientifically, yields renewable energy as well. Adopting bio-methanation the waste can be effectively treated and the biogas thus produced can either be used as a cooking gas or can power a biogas engine for generating electricity.

At many public toilets across India the biogas-to-power concept is getting implemented. There are success stories scripted for generating electricity from the waste generated at public toilets. Many countries are adopting the concept too.  A government’s mandate for energy generation from public toilets shall be notable towards meeting our needs and contributing for sustainability; in the form of waste treatment and renewable energy production.

With the rapid urbanisation and increasing population of Indian cities, it becomes paramount to treat the waste generated. The Indian Government’s announcement to develop sewage treatment plant through project funding shall ensure keeping financial challenges at bay. The Government’s fast track implementation of developing sewer networks and connecting to a Sewage Treatment Plant (STP) (or wastewater treatment plants (WWTP)) at community levels or at a central location shall ensure the implementation of proven ways of sewage collection and disposal. Also, adoption of latest waste treatment technology can be done which serves multi-purpose motives.

One such way to treat sewage by achieving multi-prong benefit is anaerobic digestion .  The technology transforms sewage treatment into a revenue generation option. Whilst effectively treating the sewage, anaerobic digestion generates a high grade of gaseous fuel – sewage gas. The methane produced can be utilised for generating electricity – renewable energy – through a biogas engine thereby making the sewage treatment plant meet its electricity requirements. Moreover, surplus power generated can be supplied to the grid.

Massive potential for power from sewage in India 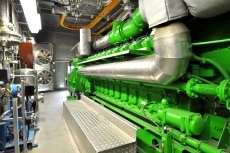 At many sites both in India and internationally, Clarke Energy has executed sewage gas based power generation facilities with long term maintenance contracts intact with the developer using GE’s Jenbacher gas engines.

Such facilities include United Utilities Davyhulme WWTP near Manchester, UK or  SA Water’s Bolivar WWTP near Adelaide. However, the sewage gas based power generation plants built are miniscule against the total number of STP’s in India. Guidelines from the government favouring captive power generation using sewage can spur electricity-from-sewage.

Consuming sewage gas, a gas engine can be configured as a combined heat and power (CHP) plant. Waste heat emanating can be utilised for heating the bio-digester thereby facilitating bacterial growth for the sludge treatment. In the CHP mode, the overall plant efficiency increases significantly.

Benefits from the government through project subsidies, availing renewable energy certificates, eligibility for clean development mechanism, production of a soil improver and sustainability through a sewage gas based power plant encourages us to ‘Think & Act’ on the concept.