Since 1970, Revico and its subsidiary Revico Energies Vertes have been utilising the by-products of the Cognac sector. Located in Saint-Laurent-de-Cognac (Charente), the company specialises in the treatment of effluents from the production of spirits, such as vinasses or wine dregs.

Revico is one of the pioneers in the valorization of biogas. Indeed, for 50 years, the Charente company Revico has been offering a solution for the ecological treatment of vinasses from the distillation of cognac. It extracts tartaric acid from these by-products, as well as renewable energy.

Revico is equipped with an anaerobic digestion unit helping it to produce around 30,000 MWh/year.

In 2008, Revico Energies Vertes was created, which is a joint venture between Revico and Dalkia, for the utilisation of biogas.

This biogas is used not only for the production of heat from the site, but also for the supply of a cogeneration platform initially composed of five microturbines with a unit power of 200 kW electric.

In 2017, Dalkia, with its experience with Clarke Energy, recommended the replacement of the turbines with INNIO Jenbacher engines and contracted with Clarke Energy in 2019 for the supply, installation and commissioning of a 1MWe JMS 320 engine, replacing the 5 turbines.

A few years later, the quantity of gas having increased, Revico Energies Vertes decided to add an additional engine and ordered in January 2021 a JMS 312 of 0.6 MWe that Clarke Energy installed at the end of 2021.

In 2021, Revico Energies Vertes produced about 10 Gwh of electricity. 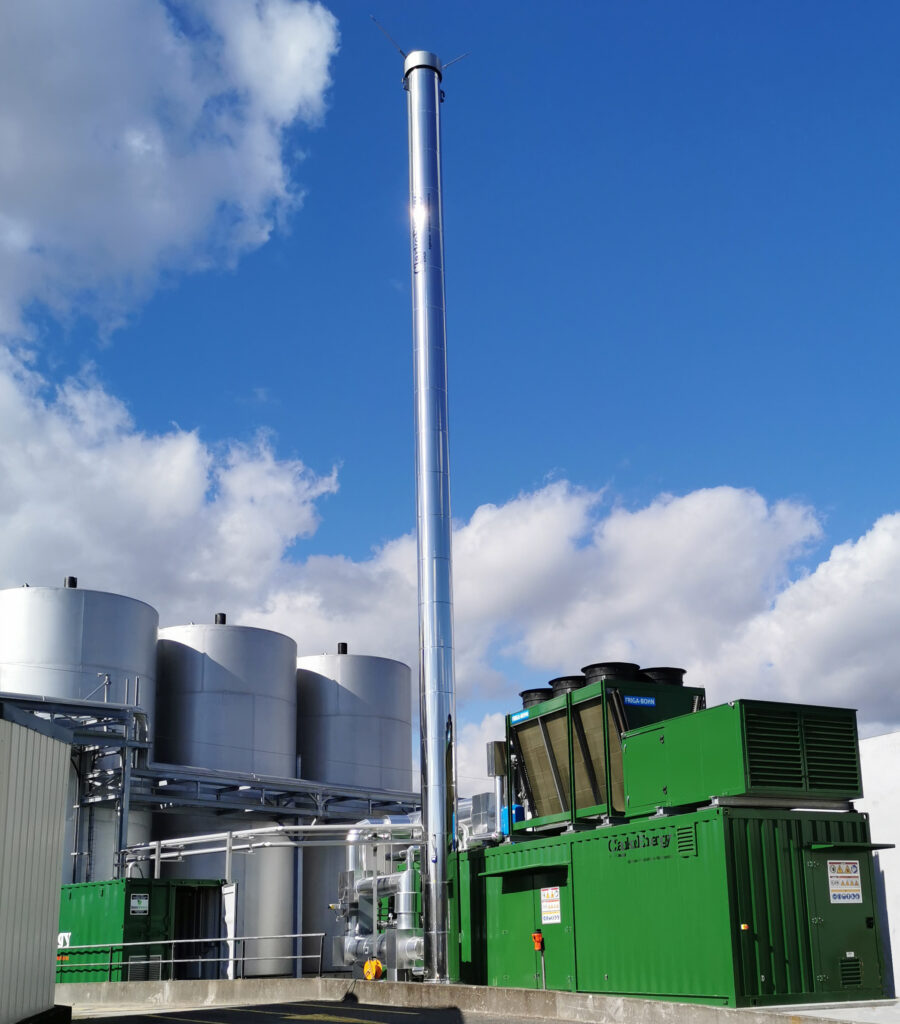