At the Davyhulme wastewater treatment works (WWTW) in Greater Manchester, United Utilities is generating renewable energy from sewage gas that is created from sludge left behind after the treatment of wastewater. The produced energy is used to power the local plant and provide high levels of efficiency through embedded generation.

United Utilities spent £100 million on the programme that leaves the sludge behind to be used to power the site. At the site 90,000 tonnes of sludge is being processed a year. The sludge is being placed in a digester. In absence of oxygen, a process called anaerobic digestion (AD), it will be digested by microorganisms which create biogas. The gas can then be used as a fuel for the biogas engines that are installed at the site.

Clarke Energy has supplied 2 new GE’s Jenbacher JMS620 GS-BL gas engines and re-located 3 x JMS620 GS-BL existing engines to Davyhulme for this project, together creating 12.0MW of renewable power. This is the equivalent of powering over 10,000 typical UK homes. The engines work in a combined heat and power (CHP) configuration which means that the heat created during the process of energy generation, will also be used to heat the local digesters on site for process heating to help pathogen kill. It is of importance that the digesters are heated to the correct temperature for the microorganisms to do their job.

United Utilities have also invested an additional £200 million to modernise the wastewater treatment plant so it can handle forecast demand. The project will be finished in 2017. 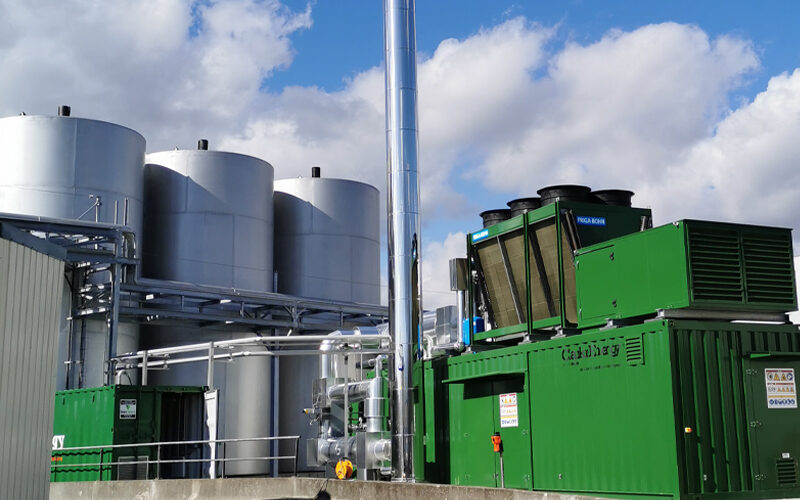