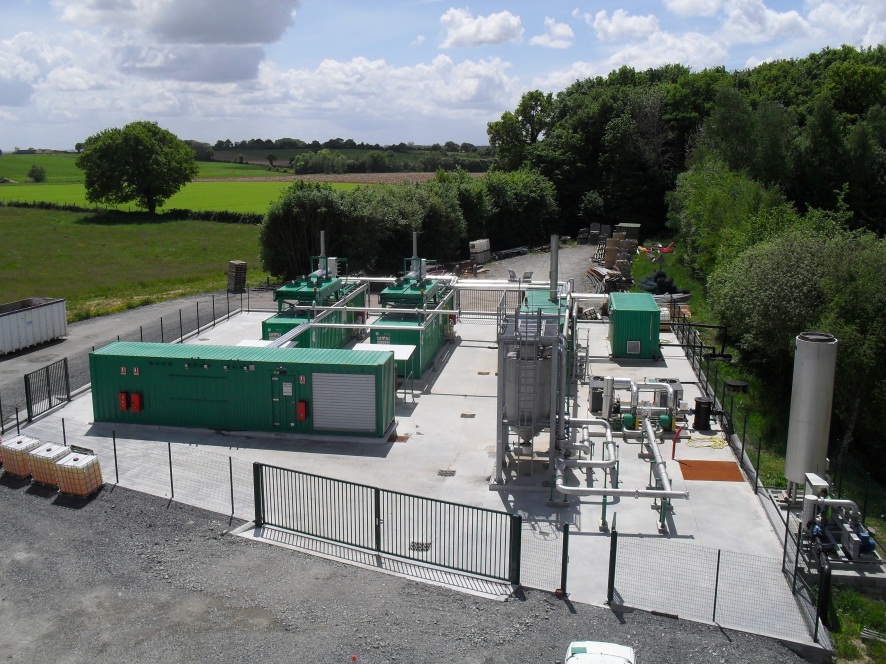 have been logistic experts for more than one century and are becoming a leader in managing household and industrial waste in the South West area of France.

It’s on the Poiteviniere non-hazardous landfill site, located in the Maine & Loire province (department 49) that Clarke Energy installed two GE’s containerised Jenbacher type 2 engines for Brangeon in 2013. This installation is used to utilise the landfill gas produced by the breakdown of waste in the landfill.

A containerised biogas boiler has also been supplied and installed by Clarke Energy, to burn biogas excess not consumed by the engines. It is used, in particular, as a backup during maintenance operations to avoid stopping the biogas valorisation and to ensure the reimbursement of the General Tax on Polluting Activities.