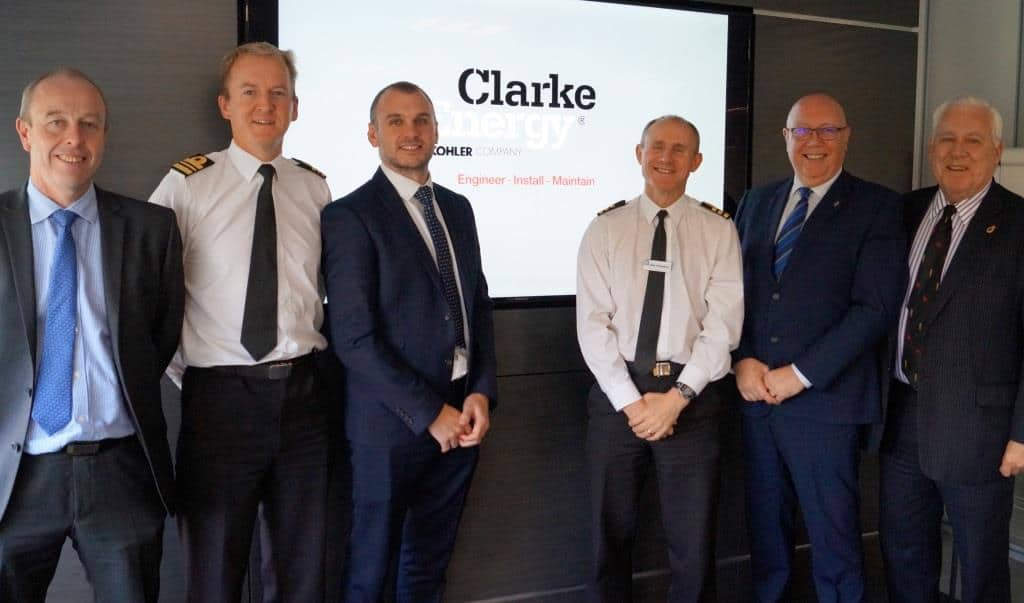 The High Sheriff of Merseyside; Stephen Burrows Esq DL and the Commander of the HMS Prince of Wales; Mark Fitzsimmons along with Lieutenant Commander Thomas Hetherington visited Clarke Energy’s headquarters today in Knowsley, near Liverpool. The visit was set to promote the affiliation of the aircraft carrier to the City of Liverpool and to discuss potential future global opportunities.

The HMS Prince of Wales is the second of the new Queen Elizabeth class aircraft carriers to be built for the UK’s Royal Navy. The carrier weighs 65,000 tonnes and was built by the efforts of 10,000 people, one of the greatest engineering challenges British industry has risen to.  The two aircraft carriers – the HMS Queen Elizabeth and the HMS Prince of Wales are the biggest warships ever built for the Royal Navy – four acres of sovereign territory, deployable across the globe to serve the UK on operations for 50 years. 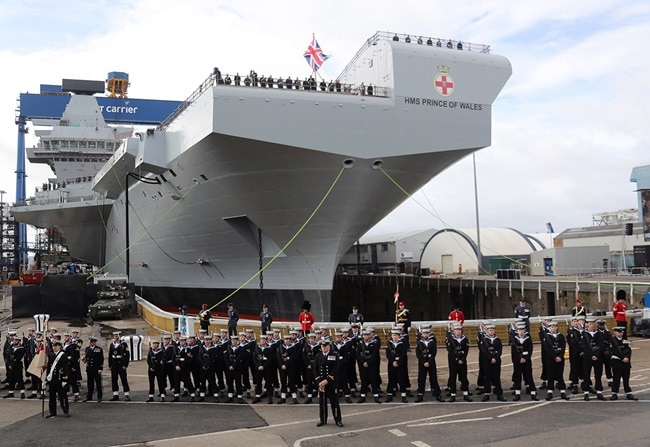 The aircraft carrier was recently officially named on the 8th of September 2017 at Rosyth by the Duchess of Rothersay and Cornwall and in the presence of her husband, HRH the Prince of Wales, also Britain’s most senior sailor.

The new aircraft carrier will be affiliated to the City of Liverpool and will make regular visits to the city throughout its operational life.

The High Sheriff was welcomed to Clarke Energy’s offices by Haydn Rees the company’s UK Managing Director, along with Alex Marshall, Group Marketing and Compliance Director, Craig Escott, Service Director and Alan Frost, Commercial Operations Manager. The ties between Clarke Energy and the Royal Navy go back a long way. Clarke Energy prides itself on delivering the highest levels of aftersales support and has drawn upon numerous ex-servicemen particularly from the Royal Navy’s engineering teams as they left active service.

Haydn Rees, Clarke Energy’s UK and Ireland Managing Director, himself was a Chief Petty Officer, Marine Engineering Artificer (CPOMEA) in the Royal Navy with a service history of 22 years. He served on ships including HMS Bulwark, Exeter, Arrow and Hecla and saw active service in the Falklands War. Haydn joined Clarke Energy in 1998.

Craig Escott, Clarke Energy’s Service Director served as a Marine Engineering Artificer in the Royal Navy, starting as an apprentice at the age of 16. Craig joined the Royal Navy Submarine Service and served aboard the nuclear submarine HMS Sceptre, a Swiftsure class submarine. Craig left the service in 1994 after 8 years of service joining the gas engine CHP industry in 1994. Craig joined Clarke Energy in 1998.

Alan Frost, Clarke Energy’s Commercial Operations Manager was also a CPOMEA in the Royal Navy starting as an apprentice in 1999 leaving the Royal Navy in 2008. Alan served on various ships including the HMS Grafton and HMS Montrose. Alan joined Clarke Energy in 2011.

Haydn, Craig and Alan’s deep technical understanding of reciprocating engines and turbines gained during their time with the Royal Navy has been transferred to their current positions at Clarke Energy. 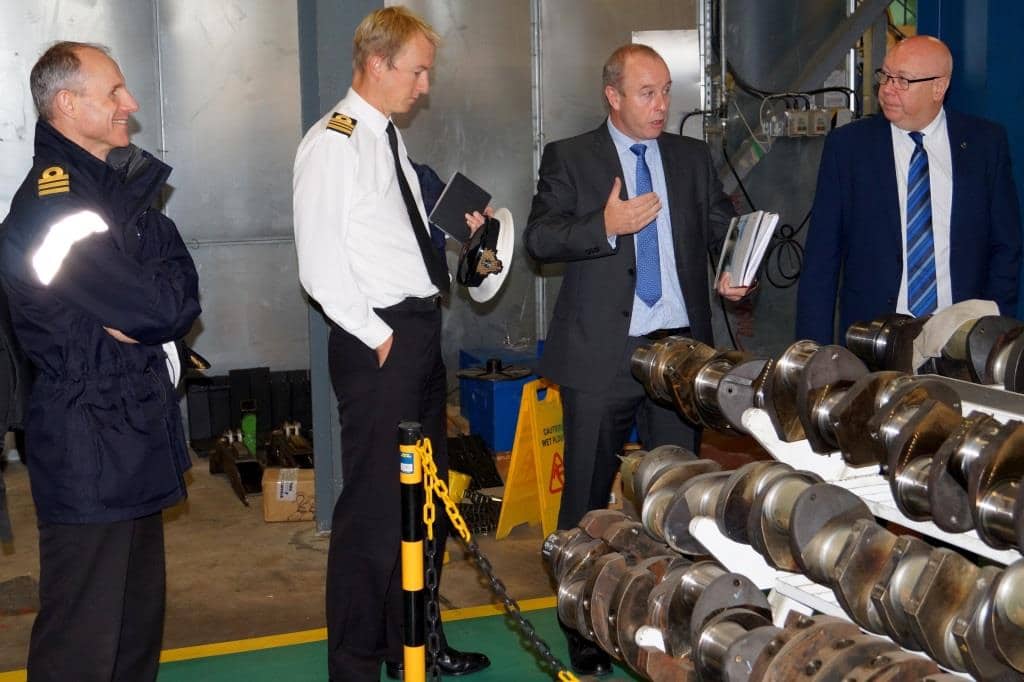 Site visit and discussions with respect to gas engine technology and engineering, along with relevance to the Royal Navy

About the High Sheriff

The High Sheriff is an independent non-political Royal appointment in the UK that dates back to Saxon times. The duties of the role have evolved over time, supporting the Crown and the judiciary remain central elements to the role today. To learn more about High Sheriffs visit the High Sheriff’s Association of England and Wales website.