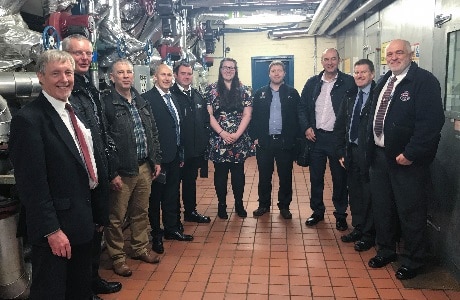 The team at Clarke Energy are delighted to have supported the Scottish regional meeting of the Association for University Engineers (AUE).

The event was held at the University of Dundee, Clarke Energy’s first natural gas fuelled combined heat and power (CHP) plant, installed 21 years ago and still contributing to 97% of the campus electrical load.

Tours of the university’s energy centre concluded the event.

Clarke Energy has provided over 40MWe of  gas engine-based CHP plants to Universities in the UK alone helping save operational costs and reducing carbon emissions for university estates.