The project is part of an electricity cost reduction drive, spearheaded by the Northern Territory Government of Australia. The new high-efficiency natural gas-fired units will provide improved power generation reliability and will achieve community, economic and environmental benefits for Central Australia. 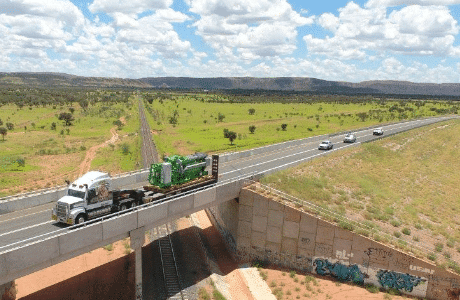 GE’s Jenbacher gas engines are manufactured in the town of Jenbach, Austria in the Tyrol and these particular engines have an electrical output of 4.1MW. The engines are to replace the capacity of the ageing Ron Goodin Power Station.

“Ron Goodin Power Station’s engines are up to 50 years of age which is well over industry standard, as well as being inefficient and extremely costly to maintain,” T-Gen CEO Tim Duignan said.

“Territory Generation has an obligation to maintain and operate reliable and efficient power stations. Aged plant needs replacing now, and this project is creating opportunities for Centralians by maximising local employment and contracts.”

The total investment value was more than $75 million and the project boasts a number of major environmental benefits. This is due to the engines operating with reduced carbon emissions and fuel consumption, as well as less noise and odours. Importantly, the new engines also have the capacity to better support a future transition to renewable energy.

“Reliability of base-load power is a major issue in Australia at the moment and these new engines are an important step to ensuring that reliability in a controlled transition to renewables,” Mr Duignan said.

“This is good news for families and businesses in Central Australia that not only will they benefit from more reliable power, it also supports emerging and renewable technologies. We’re committed to a renewable future at T-Gen and as part of that, we are continuing to explore viable technological options for renewable energy generation as well as energy storage.”

Clarke Energy were engaged by Territory Generation to engineer, procure and construct the expansion of the existing Owen Springs Power Station. The project will be complete by end of 2017 and will enable the decommissioning and ultimate rehabilitation and reuse of the Ron Goodin Power Station site.