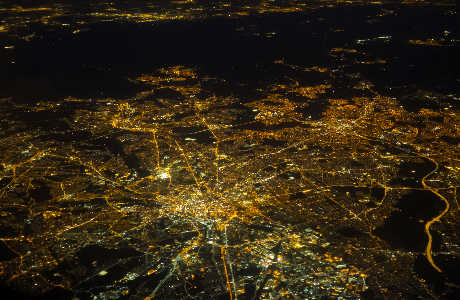 The Northern Powerhouse is a concept to boost economic growth in the North of England championed by recent governments in the United Kingdom, particularly in the ‘core cities’ of Manchester, Liverpool, Leeds, Sheffield and Newcastle. This is an attempt to corral the North’s population of 15 million into a collective force that could begin to rival that of London and the South East.

Clarke Energy is a great example of a Northern Powerhouse-based success story as a multi-national specialist in the sectors of engineering, power and renewable energy. Clarke Energy are the largest authorised distributor and service provider for GE’s reciprocating engine business with a global turnover close to £300 million.

Clarke Energy has been shortlisted as a ‘finalist’ for the ‘Export Company of the Year Award’ in the 2017 Northern Lights Awards.

It is no surprise that Clarke Energy has been awarded as finalist for Export Company of the year with year after year growth and success. Clarke Energy currently hold the Department for International Trade’s ‘Export Champion’ title which was re-awarded for the 4th year in 2017. This was in acknowledgement of Clarke Energy’s international trade success and a commitment for Clarke Energy to assist other local companies to export.

People commute to our UK operations from as far north as Preston, across to Doncaster and into the Midlands. We are based in one of the largest industrial parks in Europe and whilst road transport are strong, there are opportunities to significantly improve other modes of transport such as rail. This is detailed in the Northern Powerhouse strategy with their vision of pooling strengths to unite the Northern cities as one force with a £13billion government investment. Due to Clarke Energy being a multinational company our employees are frequent travellers and we utilise the regional airports. Manchester Airport in particular is heavily used to support our international trading business which typically represents two thirds of our turnover.

In the Northern Powerhouse Strategy it states that a highly skilled and educated workforce is critical to economic growth and productivity. Clarke Energy runs a graduate scheme and employ graduates from many of the northern universities, particularly Liverpool and Manchester Universities. We currently have a total of 10 graduates who are all alumni of Northern Universities. The proportion of graduates in the north is 4.4 percent points below the UK average, so this is something we are keen to get involved with to reduce this deficit.

We have positive relationships with a vast amount of Northern organisations such as United Utilities, Liverpool University and the Christie Hospital whose combined heat and power plants were engineered installed and are being maintained by Clarke Energy. We also draw a significant amount of our supply chain from Northern Powerhouse based companies which in turn will hopefully create a greater force for the Northern Powerhouse.

Clarke Energy is looking forward to the Northern Lights Awards and are confident that our consistent growth and our strong policy of international localisation will demonstrate the best of northern business. We are currently present in 25 countries and have plans to continue to grow and expand.