This post provides an outline of the Liverpool University CHP plant that provides electricity and heat to the campus.

The University of Liverpool has owned and operated a combined heat and power (CHP) plant since 1986. The campus originally generated its required power utilising gas turbines.  The energy management team at the campus planned to carry out a major feasibility study, with a view of updating the old turbines. Following an in depth study, the decision was made to move the plants location, build a new boiler house and install a gas engine.

Following the tender process, Clarke Energy was contracted to supply engineer, install and maintain one of GE’s J620 Jenbacher 3.4MWe gas engines. The engine was commissioned in 2009 and currently provides a base-load electricity supply along with heat for the whole of the university campus. Since the engine was commissioned it has run in excess of 8,000 hours per year and provided high levels of availability in excess of 92%, in line with the contracts demand. 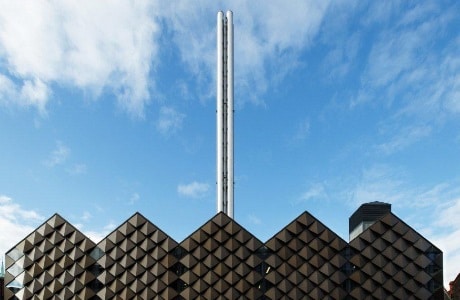 Peter Birch, Energy Manager said  “Since the engine began running in 2009 we have built up a good working relationship both with the maintenance team on site and the Clarke Energy management team and look forward to many more operating years of this engine”.