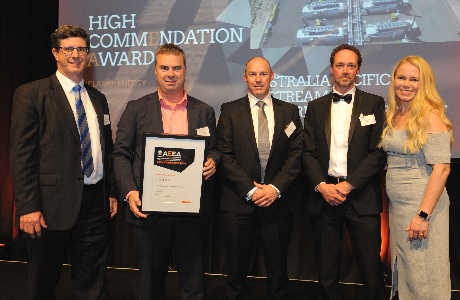 Clarke Energy’s submission for the award was based on their detailed Engineer, Procure and Construct (EPC) work on the APLNG (Australia Pacific Liquefied Natural Gas) Upstream Electrification Project which took place during 2013 until 2015.

Planned in the project each of the three power stations were paired to gas compression trains and each of which were designed to transport 90TJ of gas per day. The gas compression trains were configured with large electrically driven compressors which meant that each of the 30MWe power stations had to be capable of an instantaneous 20MWe load drop. 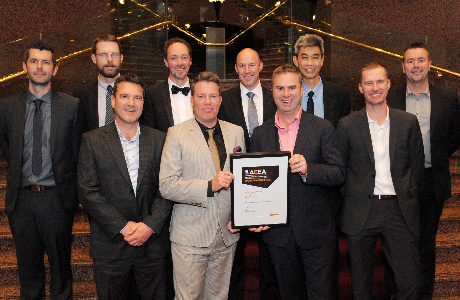 Clarke Energy used it’s in house engineers to design, build and test a state of the art load management system for each power station, which provided the flexibility for huge load swings, this was all whilst maintaining high power quality with 100% reliability.

The construction of the power stations were completed in quick succession and in a series of very tight time frames. Despite this continuous time pressure there were over 130,000 man hours of work that was completed with no Lost Time Injuries (LTI’s) and no environmental incidents, which reflects on the high quality health and safety procedures that Clarke Energy takes pride in.

The APLNG construction projects became the main catalyst for Clarke Energy to implement an Incident and Injury Free (IIF) program throughout it’s entire Australian and New Zealand business. The ‘IIF’ program comprises of continuous improvement initiatives to create a caring and supportive culture that helps the business to achieve excellence in safety, quality and the environment. The IIF culture was driven by Site Managers and involved all personnel, including contractors.