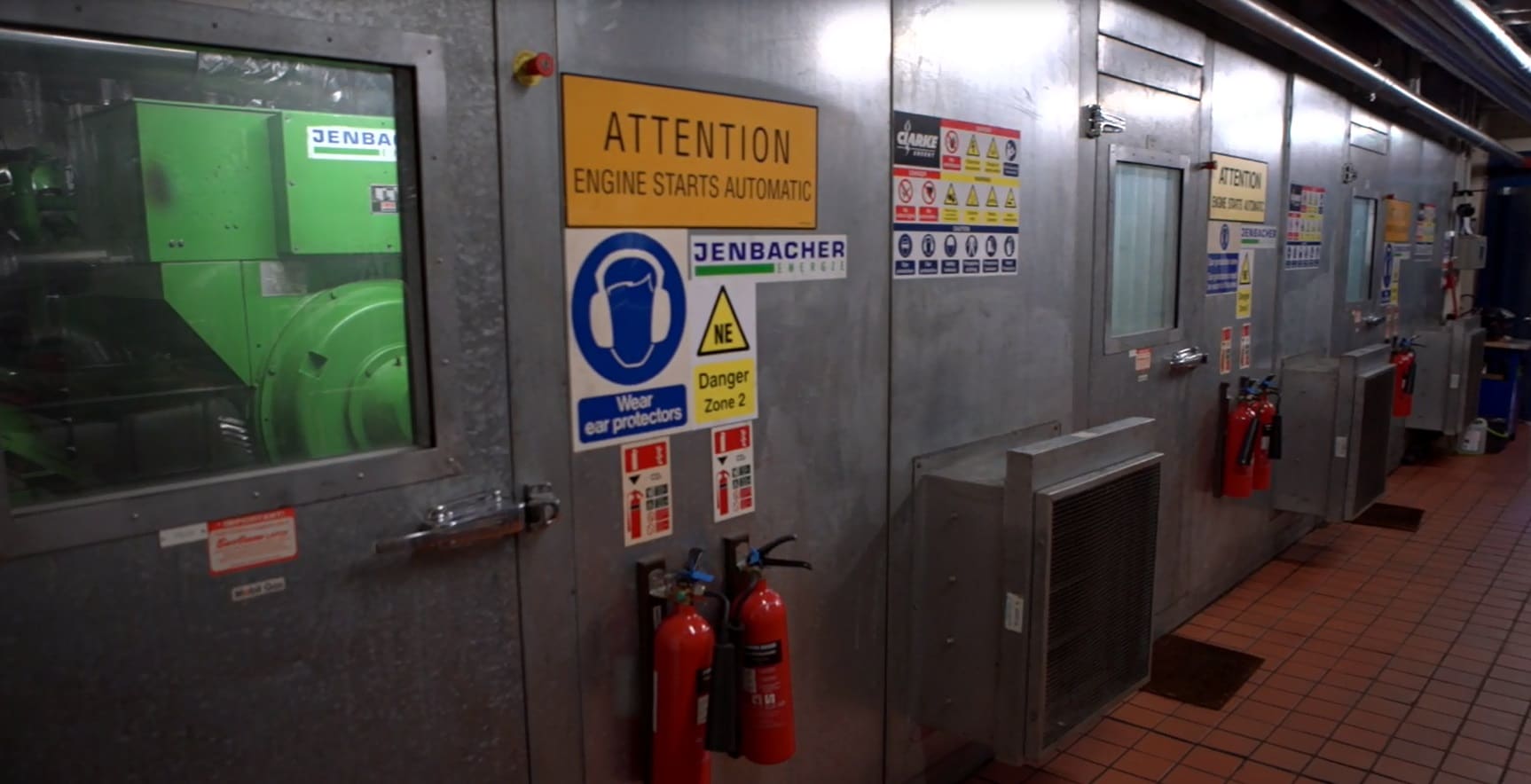 Peter Copeland, Engineering Consultant arrived at the university in 1978 just as the plant was in a state of wear and tear. He was presented with the option of replacing existing boilers with 85 individual boilers scattered throughout the campus, or to re-habilitate the system with a view of serving the campus for a number of years later. Through pre-design site energy data evaluation and a realistic approach to future energy demands, Peter decided to rehabilitate the existing infrastructure. Thanks to Peter’s decision, Clarke Energy won the tender to engineer, install and maintain three of GE’s Jenbacher 320 reciprocating gas engines back in 1996. At the time of installation, a 5 year payback period was forecast. Due to the university having an extremely good price for gas and the cost of electricity rising, payback was achieved within 4 years. The campus expanded over the years and with it the heat and power demand. The healthy working relationship between both parties, along with the strong aftercare support secured the sale of engine number four in 2014.

A further Jenbacher 420 was installed in 2014, due to site expansion and increased heat and power demands. The strength of relationship over the years from all involved has ensured a high quality scheme to be proud of for years to come.

“97% of the campus electrical load has been met from the CHP plant. If we bear in mind that three of the four engines are 19 years old, we can recognise the excellent reliability and performance of the plant. This is largely due to the service engineers and the service management within Clarke Energy.  The products are reliable but the guys are ambassadors for their company in the service they provide us”.