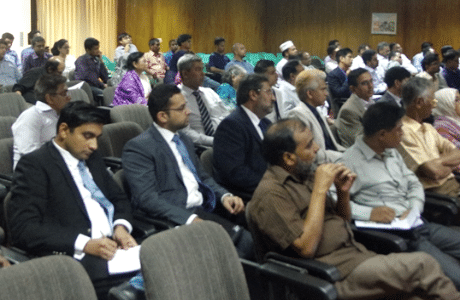 A seminar was held on the topic of the “Status and Prospect of Commercial Biogas in Bangladesh” at IFRD auditorium, Bangladesh Council of Scientific and Industrial Research (BCSIR), Dhaka, Bangladesh on June 26, 2016 at 2pm. The seminar was organised by the Bangladesh Biogas Development Foundation (BBDF) to share their current status and the potential for commercial biogas in Bangladesh. The seminar was chaired by the president of the Foundation M.A. Gofran and the study reports and statements were presented from several organisations and member of BBDF. They announced that there are about 90 thousand domestic biogas plants and 300 commercial plants in the country and only 5% of the gas is used for industrial purposes, comes from commercial biogas plants. The village community has found success through the production and use of commercial biogas plants. Power generation and some vehicles are being run by biogas produced by a commercial anaerobic digestion facility.

“After independence, the country began producing biogas, but so far it could not be developed as far as technical and commercial concern.”