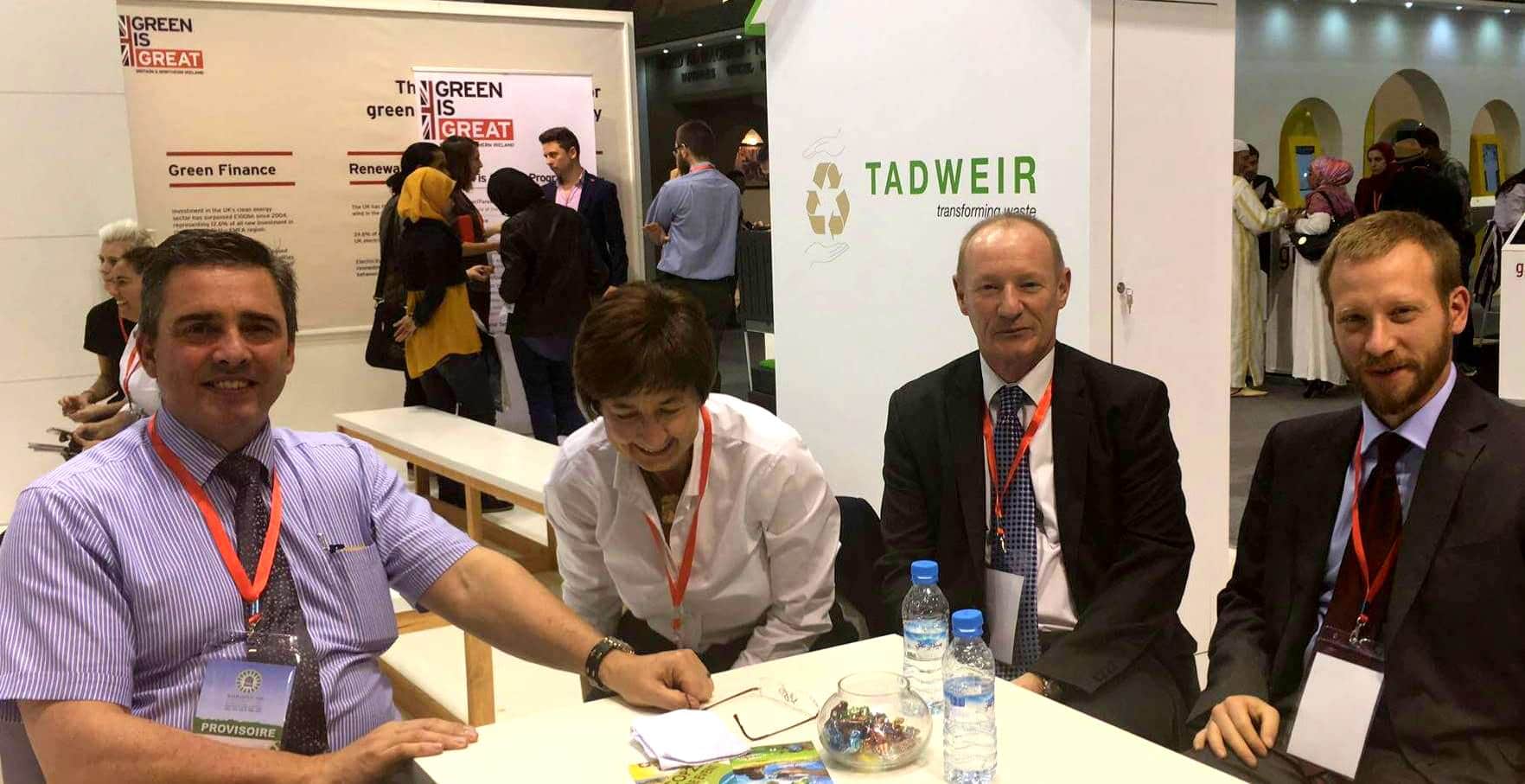 Clarke Energy was invited to join the UK Department for International Trades ‘Green is Great’ stand and displayed examples of international renewable energy and energy efficiency projects across the world. Hugh Richmond, Business Development Director at Clarke Energy spoke about gas-based power generation during the event, giving examples of biogas from waste, furnace gas utilisation, sewage gas and combined heat and power technologies. Key projects that Clarke Energy has developed were show-cased including the Waha flare gas recovery station in Tunisia and the Fez landfill gas power plant in Morocco and the Marrakesh sewage treatment plant. Hugh’s presentation built upon the success of Clarke Energy’s participation in the African Energy Day at COP21.

Clarke Energy’s Hugh Richmond commented ‘The quality of the delegates at this year’s COP22 event was exceptional. We were delighted to be given the opportunity to show-case our successful experience of the utilisation of gases from many challenging application, especially in the African continent. Clarke Energy has over 5,400MW of gas-fuelled power generation operating globally which is equivalent to over 14million homes electricity needs’

Clarke Energy would like to thank the UK’s Department for International Trade for the invitation to join their stand that show-cased some of the best international examples of low carbon power.