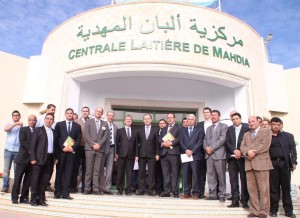 Vitalait’s cogeneration plant is enabling them to save money on energy and reduce carbon emissions. The facility also helps Vitalait to have security of power supplies through self-generation of power.  The combined heat and power plant generates 1.8MW of electricity and in parallel heat in the form of steam at 10bar and hot water at 90°C. This is achieved through the deployment of one of GE’s JMS612GS-NL gas engines with a cogeneration facility designed, engineered, installed and commissioned by Clarke Energy.

The event demonstrates the Tunisian government’s support for energy efficiency and highlights the potential of CHP to reduce energy dependence.