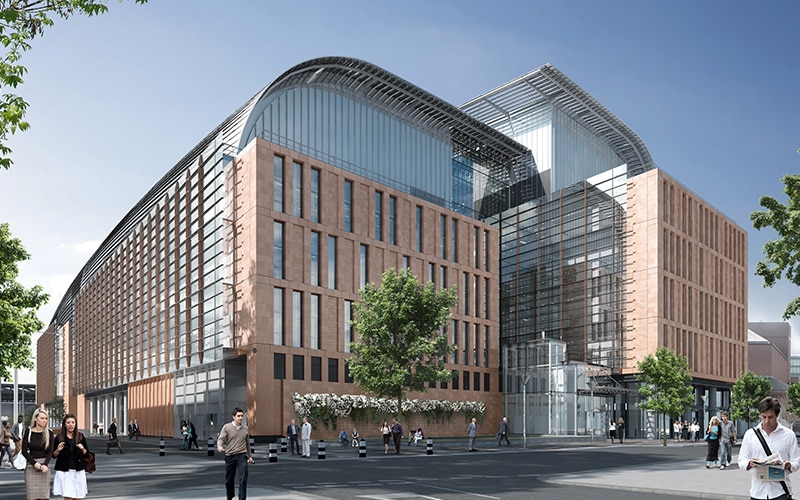 The Francis Crick institute is being built in central London next to St Pancras International station. By bringing together scientists from all disciplines, it will not only help to improve people’s lives but will also keep the UK at the forefront of innovation in medical and bioscience research, attract high-value investment, and strengthen the economy.

Francis Crick was one of Britain’s greatest scientists and was one of the leading researchers identifying the structure of DNA. This had an enormous impact on the biomedical world. The institute has been named after him to honour him for his work. The Francis Crick institute located near the King’s Cross development, will be a leading charitable centre for biomedical research.

The building includes 120 open-plan laboratories and will engage the audience with a public exhibition area and an auditorium. Its goal is to solve the most challenging scientific questions regarding health and disease. Diseases such as cancer, heart disease, stroke, difficult-to-treat neurodegenerative conditions, and infectious diseases are going to be at the core of the research to be done in the building.

The construction company of this project, Laing O’Rourke, took on Clarke Energy as the partner to supply them with a gas engine. The institute will be powered by one of GE’s JES612 GS-NL Jenbacher gas engines, working on natural gas. The engine will produce 2MWe, which is the equivalent of powering over 5,000 standard UK homes. Being in a combined heat and power (CHP) configuration, the heat recovered during the creation of energy, will also be used to heat the institute.

The building is scheduled to be ready by the autumn of 2015.